This building stands on the site of an earlier Jewish house of prayer, which burned down in 1773. It belonged to a Torah study society, which was founded in 1810, as announced by the inscription on its façade. The building was adapted to the needs of a synagogue in the second half of the 19th century. It was rebuilt in 1912-1913 and is now used as an apartment building. 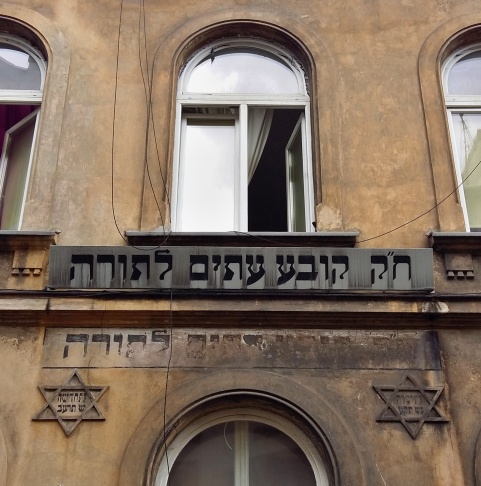 The Tempel Synagogue is a rare Reform synagogue in Kazimierz. It featured an organ and a choir, and the sermons took place in Polish and German.

The synagogue was built in the early 1860s and was modified multiple times in the subsequent decades. The most important renovation took place in 1893-1894. The synagogue then got a new façade and a vestibule on the west, an apse and porches on the east as well as a new interior decoration. The last pre-war renovation took place in 1924, when one-storey aisles were added to the north and south sides and the porches on the east side were transformed. 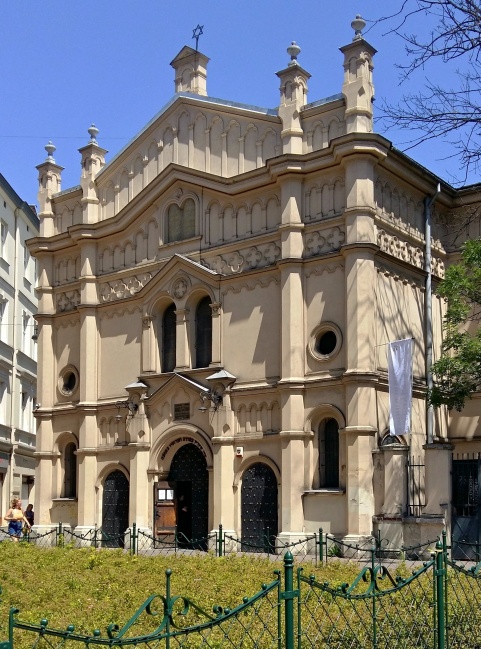 The synagogue follows the model of the Leopoldstädter Tempel in Vienna (1858). While its exterior represents European Historicism, the interior shows the influence of Moorish Revival architecture. 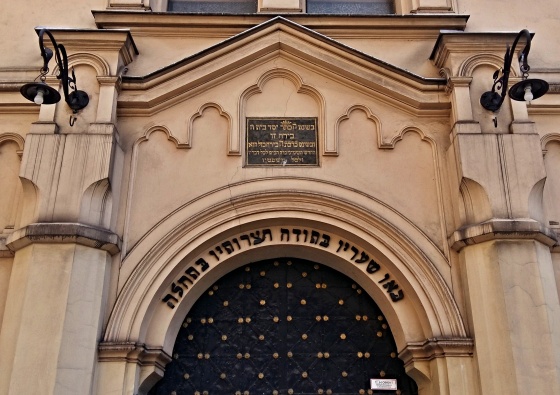 There are many outstanding features on the inside. The most noticable of them is probably the ceiling, decorated with colourful patterns in Moorish Revival style. One also finds many gold-covered stucco decorations and painted ornaments in warm colours. The women’s gallery is supported by red columns of iron and has beautiful balustrades with coloured stucco. 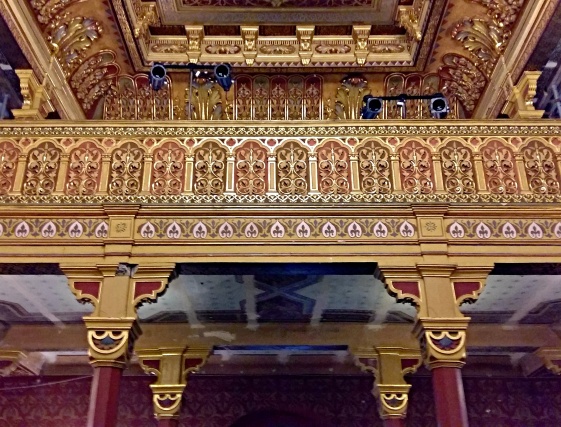 Impressive, too, is the Torah ark (Fabian Hochstim, 1897). It is made of Carrara marble, it has arches and blind arches reminiscent of the west façade of the building, and it is topped by a big golden dome with a crown, flanked by two smaller domes. The Torah ark stands in front of a semicircular apse, the upper part of which is decorated with the motif of a starry sky.

In the main hall, the women’s gallery and the staircases, beautiful stained-glass windows can be seen. These are from 1894-1909 and 1925, and were funded by the members of the congregation at that time. While most show geometric and floral compositions, one also finds images of the Temple of Jerusalem and lions supporting a menorah on them. These are the only stained glasses that have been preserved in a synagogue in all Poland. 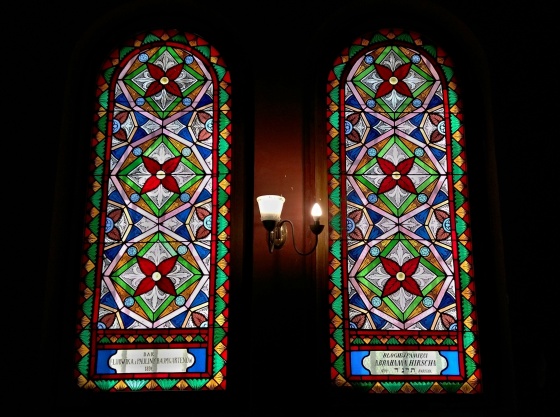 The bimah and the mikveh are from the postwar years. Behind the synagogue is the building of the Jewish Community Center of Kraków.

This synagogue, located on Plac Nowy, was established by the followers a Rebbe from the Hasidic dynasty of Bobov (Bobowa). There was also a yeshiva in the building. Today, nothing indactes the building’s former use as a synagogue.

This synagogue was built in 1886 for a Jewish society of prayer and charity. It has Historicist exterior and some painted ornaments on the inside. It now operates as the Center for Jewish Culture of the Judaica Foundation.

This building housed a synagogue on its ground floor. There was also a yeshiva in the building. 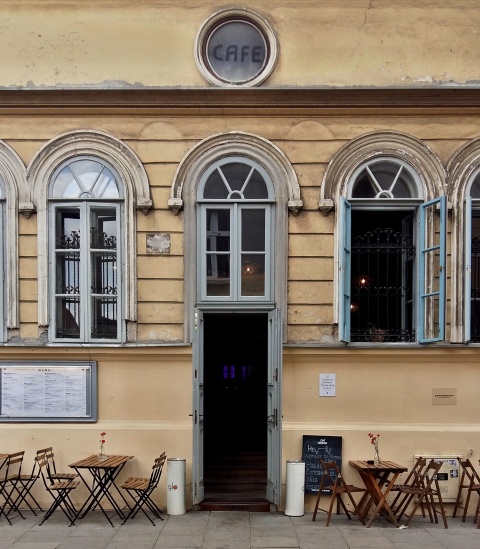 More important than the façades is the interior decoration of this building. One finds fragments of paintings in predominantly green and blue colours on the walls. On the northern wall there are decorative frames with views of Jerusalem, the Western Wall and Rachel’s Tomb. On the western wall, at the height of the women’s gallery, there are images of a lion, a tiger, a deer and an eagle. One also spots floral ornaments on the walls as well as remains of decorations around the entrance, where the Torah ark once stood. The building now operates as a club, to the indignation of many Jews.