The architecture of Svaneti – the highest inhabited region in the Caucasus – constitutes a separate chapter in the history of Georgian art. The area is mostly known for its medieval tower houses, but there are also many small churches here, the earliest of which dating back to the 9th century. These are mostly single-nave churches built in stone and with minimal façade ornamentation. Their interiors, richly decorated with frescoes, are much better preserved than elsewhere in Georgia. These churches also operated as the treasuries of their settlements, which is why many other notable works of art, such as processional and altar crosses and illuminated manuscripts, have been found from there. The artistic development of the Svan churches reached its peak at the 10th to the 12th centuries.

Below I will introduce some of the most important medieval churches of Upper Svaneti – the more accessible part of the region.

This church is located in Zhibiani, one of the four villages that constitute the community of Ushguli and one of the highest permanently inhabited places in Europe (around 2,100 m above the sea level). The church stands on a low hill at the end of the village, facing the majestic Mount Shkhara (5,193 m).

It is a simple hall church with an apse (semicircular on the inside, three-faced on the outside). The apse stands three steps higher than the nave. Between the apse and the nave is a built-in stone iconostasis with three arches. The vault of the nave is divided into two equal parts by a supporting arch. The church has a large ambulatory on the west and south.

The church is built of well-hewn blocks of limestone. Details include blind arches supported by ornamented capitals on the eastern apse and a small cross on the west façade. The church also has an 11th-century inscription in the khutsuri–mkhedruli script, mentioning a donor named Gurandukht, and several scratched graffiti, the oldest dating back to the 10th century.

The church is surrounded by a low stone wall and has its own Svan tower.

The church is dedicated to the Dormition of the Mother of God, but the locals call it Lamaria, an ancient goddess of fertility, motherhood and hearth, whose cult later merged with that of Virgin Mary. The Svans also believe that Queen Tamar, whom they almost venerate as a deity, is buried here.

26. Church of Saint George of Ushguli

This church stands very close to the Lamaria Church. It is dedicated to Saint George (Jgrag in Svan language). Not much is known about it.

The best frescoes in Svaneti were painted by Tevdore, a court artist under David IV and Demetrius I. Known for their emotional expressiveness and carefully conceived positioning, these are seen as the masterpieces of Georgian art of the Middle Ages.

Three works of Tevdore survive in Svaneti. The oldest are the frescoes in the Church of the Archangels of Iprari, executed in 1096. The 10th-century Church of Saints Cyricus and Julitta of Kala (locally known as Lagurka) – the holiest Christian shrine for the Svans and the site of the kvirikoba festival on July 28 each year – is adorned with frescoes painted by Tevdore in 1111-1112. The last identified church with his paintings is the Church of Saint George of Nakipari (1130).

The second most important fresco painter in the 12th century in Svaneti was Mikael Maghlakeli. His style is slightly more provincial than that of Tevdore. Collaboration between Tevdore and Mikael Maghlakeli has been suggested.

27. Church of the Saviour of Matskhvarishi

This is one of the three outstanding churches in the community of Latali. It is a single-nave church made of well-hewn blocks of limestone.

The vault of the nave is supported by an arch which rests on wall pilasters. The carved south door is probably part of the original décor of the church (10th or 11th century).

An ambulatory or a parecclesion was added to the south of the church at a later date. It is open to the outside through two arches, and it ends in an apse. 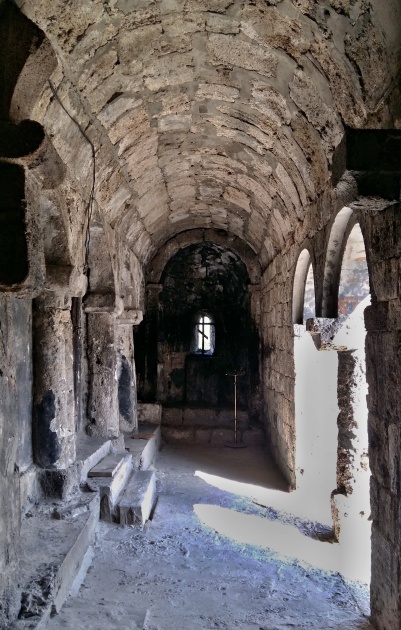 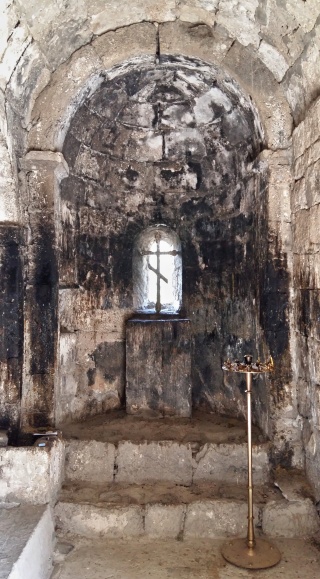 The interior of the church is entirely frescoed. The most important of these is a fresco in the western arch of the north wall, showing the coronation of Demetrius I. The king is shown as being blessed by Christ, crowned by the archangel Gabriel and girded with a sword by two local lords. The frescoes are from 1140, as informed by an inscription, and were made by Mikael Maghlakeli.

28. Church of the Holy Archangels of Matskhvarishi

This small church is located in a picturesque setting in the community of Latali. It was built of well-hewn blocks of travertine between the 11th and 14th centuries. There is no clear agreement about the exact time of construction.

The single-nave church stands on a substructure. The apse is decorated with five arches on the outside. A cornice with a modest profile surrounds the building.

Above the west entrance is a cross in relief. 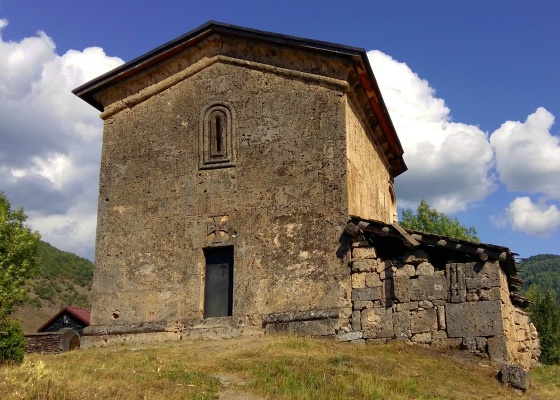 On the inside is an arch supported by pilasters, two altar niches and a stone iconostasis between the altar and the nave.

The frescoes on the walls as well as on the apse exterior are possibly from the 16th century. They are more or less in the Palaiologan style, combined with the archaic and provincial features typical of the churches of Upper Svaneti.

The outbuilding in the south is from a later period.

29. Church of the Prophet Jonah of Ienashi

This beautiful church in Latali is one of the very few churches in the world, if not the only one, dedicated to Prophet Jonah. It is a single-nave church with an ambulatory on its north, west and south sides, reminiscent of a three-church basilica. It stands on a substructure and is crowned by pronounced cornices.

The façades are covered with stonework decorations. The main feature is the arch. 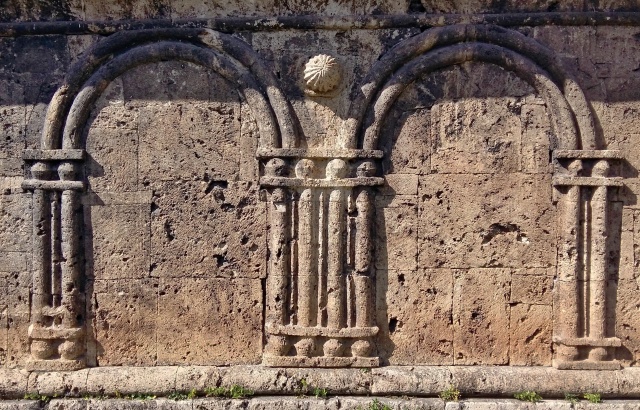 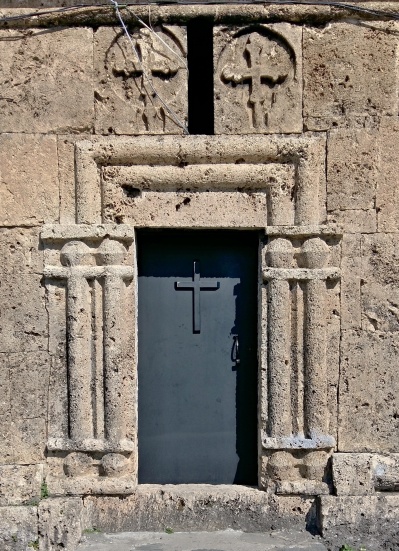 The interior is divided into two bays by an arch supported by pilasters. The walls are covered with 14th-century frescoes in the provincial Palaiologan style, including rare episodes from the life of Jonah.

The church originally housed many unique items, including the Ienashi Gospel, an illuminated Georgian manuscript from the 13th century.

There are also several medieval churches in Mestia, the capital of Upper Svaneti.

This church overlooking Mestia is identified by Google Maps as the Pusdi Church, but I found no other sources to confirm this. The Pusdi Church is said to be decorated with frescoes from the 13th century.

31. Cathedral of the Transfiguration of the Saviour of Laghami

The church of Laghami in Mestia is an unusual two-storey church. The lower storey was built already in the 9th century as a chapel dedicated to Barbara the Great Martyr. Its has wall paintings from the 9th or 10th century.

The church got a second floor in the 13th or 14th century. It was used as the main cult area, while the original structure had already been turned into a burial chapel. Its walls are covered with beautiful frescoes in the Palaiologan style, depicting the donor of the paintings as well as Cyricus and Julitta, two saints held in high esteem in Svaneti. The outer wall is also covered with paintings, showing scenes such as the Expulsion of Adam and Eve from the Garden of Eden and Saint Eustace Hunting.

Last but not least, we should mention the Church of the Archangel of Lashtkhveri in the community of Lenjeri. It has remarkable frescoes in Palaiologan style on both internal and external walls (executed in the 14th or 15th century). In addition to the religious scenes and portraits they include episodes from the 12th-century epic romance Amiran-Darejaniani. It is the only example of secular painting surviving from medieval Georgia.