When it comes to the Art Nouveau townhouses in Malta, we should first mention those designed by Gustavo Romeo Vincenti in Sliema.

This corner building can be recognised as a work of Gustavo Romeo Vincenti on the basis of the design of the balconies and the pediments. The doors have unique Art Nouveau mail slots.

While Psaila and Vassallo generally employed more nature-inspired forms of Art Nouveau, Vincenti opted for geometric ornamentation. These façades are typical of Vincenti, showing parallel lines with circular ‘buckles’ above the windows and in the balcony railings as well as fan-shaped motifs on the pediments. 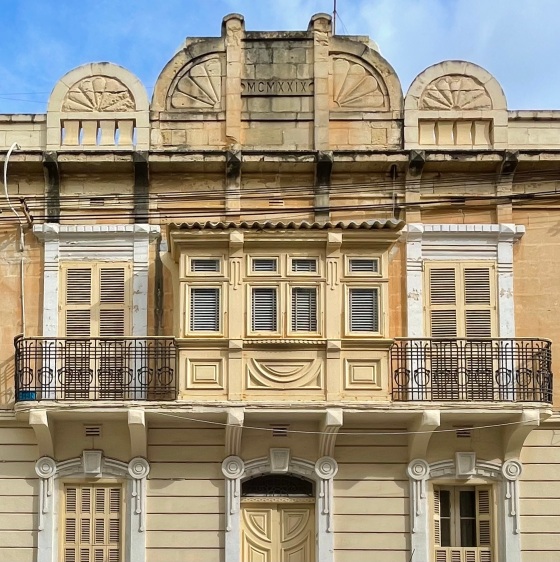 Many buildings on Dingli Street, a major artery in Sliema, were designed by Vincenti. Thin lines of stained glass in the windows and geometric motifs carved in stone are some of his trademarks.

This house has an interesting half-open Maltese balcony with an Art Nouveau design. The use of stained glass makes one think of Vincenti again.

This is another example of the geometric Art Nouveau of Gustavo Romeo Vincenti. The decoration relies here on parallel lines and circles.

This is one of the most outstanding façades on Dingli Street. Notable features include the open balcony, the floral and geometric motifs around the openings, the geometric frieze under the cornice, and the Art Nouveau ironwork of the entrance. Its style, sometimes compared to the Arts and Crafts style of William Morris, is very different from that of the nearby buildings, and it cannot be ruled out that it was designed by an architect other than Vincenti. 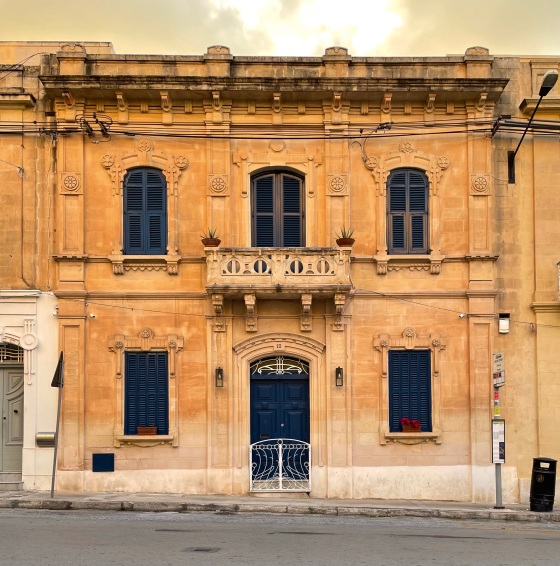 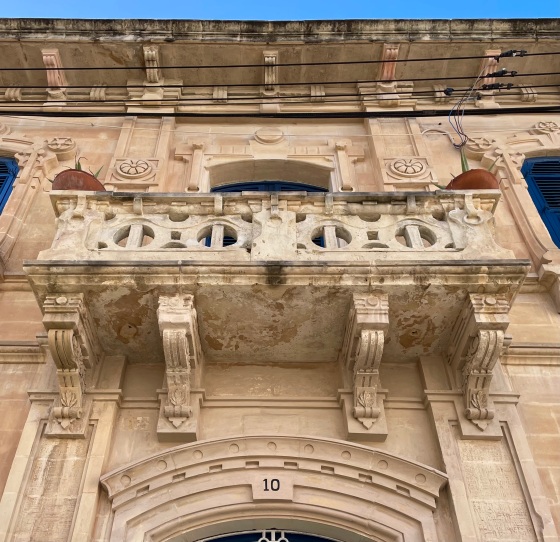 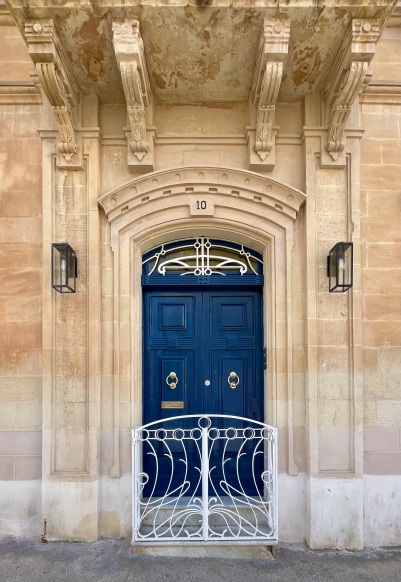 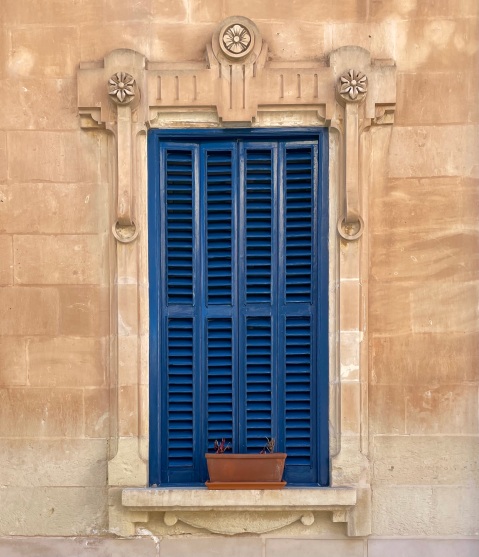 This complex, located across Villa Alhambra on Rudolph Street, was one of the larger commissions for Vincenti. It consists of eight units, each with a receding entrance and a spacious protruding wing with large windows. The familiar parallel lines and circles appear here again as do the large windows with simple stained glass elements. The units belong to different owners, as can be seen from their different state of preservation. 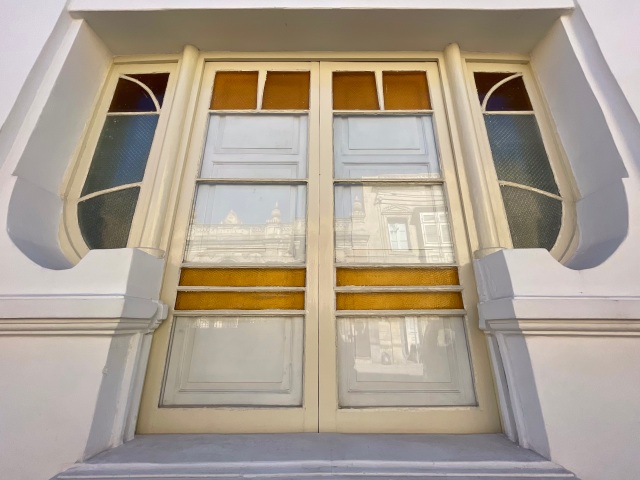 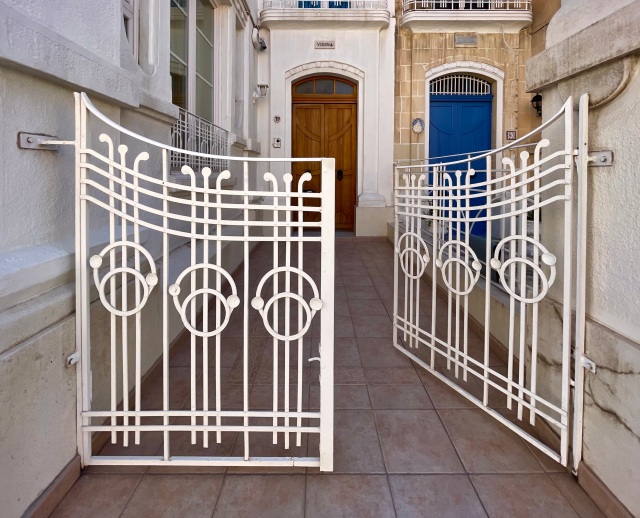 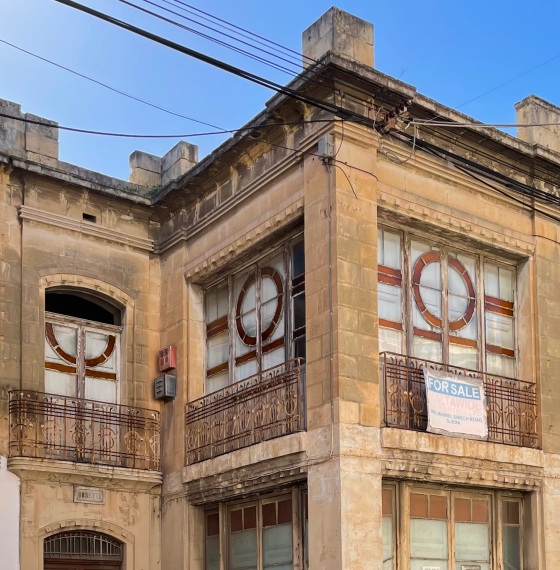 This group of houses in Gżira is very similar to the buildings designed by Vincenti in Sliema, but I cannot confirm if they were actually designed by him. 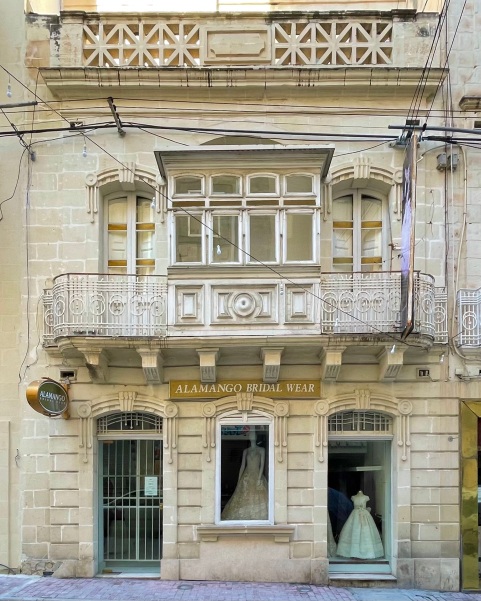 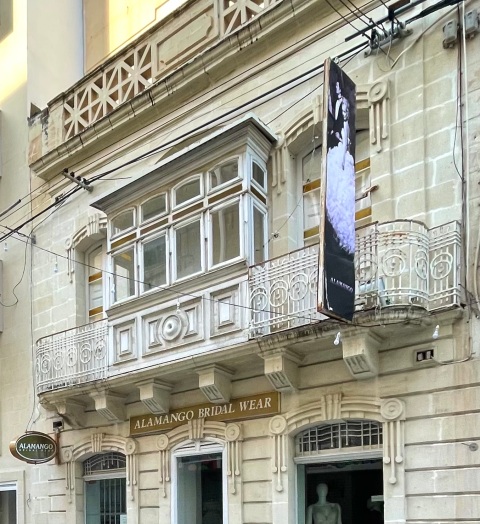 Two townhouses on the Sliema waterfront were designed by Giuseppe Psaila.

Nestled between modern high-rise buildings, this is a rare surviving Art Nouveau townhouse in the area.

This townhouse stands very close to the previous building. The two are almost identical in design. I don’t know whether and how they are connected.

My favourite Art Nouveau townhouse in Malta is located in Marsa.

This townhouse can be seen from the main road leading from Valletta to the southern and eastern parts of Malta. Although in a bad state of preservation, it is a very attractive building. Decorative details include bands of parallel stripes in combination with circles, mascarons, and wrought iron  with floral motifs on the balcony and the fanlights. The careful placement of the decorative motifs is reminiscent of the best examples of Vienna Secession. 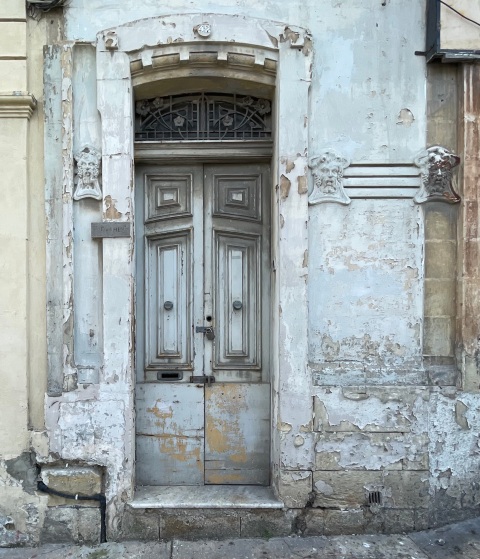 The features of Art Nouveau are reinterpreted through the lens of Art Deco in case of a number of façades in Sliema.

This house has a rich ornamentation around the ground-floor window and the entrances. It is one of the most attractive stained-glass compositions in Malta. 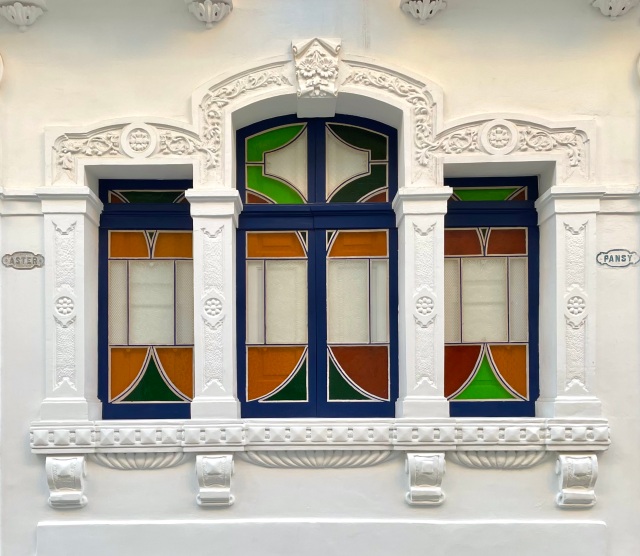 This building, more clearly Art Deco, reinterprets some motifs that were common in Art Nouveau, like the plant ornaments and lines and circles above the main entrance.

Here the most remarkable features are the circular stained-glass motifs in the windows and the constrained and abstract plant motifs around the openings. 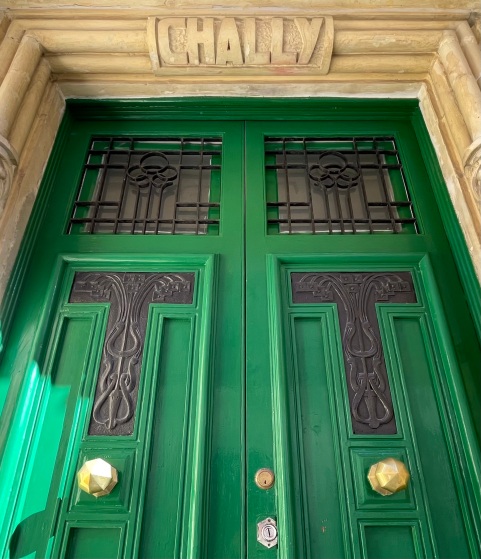 Like in the previous building, plant ornamentation here is constrained to small rectangular frames above and under the openings. 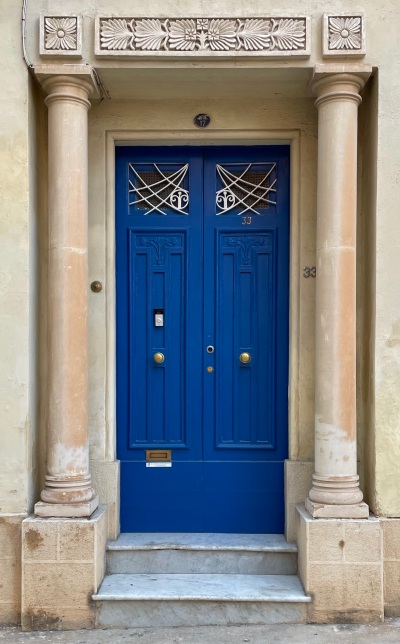