Below you will find some buildings designed by architects other than Ivan Levynskyi and Tadeusz Obmiński.

The main railway station of Lviv is an imposing structure made up of a central wing with a high dome and side wings with domed pavilions. It is an Eclectic building which, originally, had many Secessionist features, most notably on the inside. 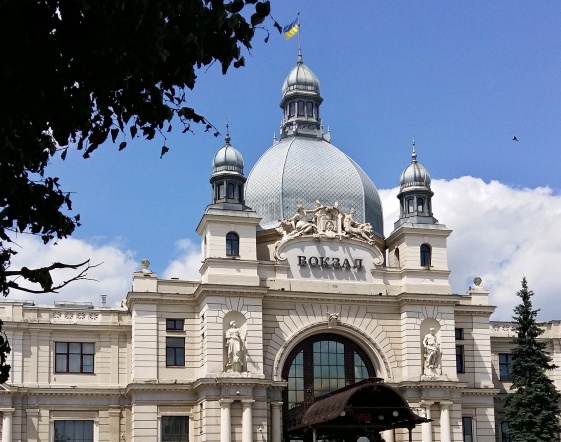 The station had three waiting halls. The first-class waiting hall was designed by Alfred Zachariewicz in the style of an English gentlemen’s club. It was equipped with furniture resembling of the works of the Wiener Werkstätte. The design of the waiting hall for the second-class passengers, also the work of Zachariewicz, was modeled after the houses of the Galician bourgeoisie of the 19th century. In the third-class waiting hall, designed by Tadeusz Obmiński, one found pieces of furniture in the Zakopane Style. The main hall of the station was adorned with a beautiful stained-glass window and ceiling paintings. It was probably because of these features that the station was often called one of the most outstanding examples of Galician Secession.

The station suffered damage in World War Two. The Secessionist interiors were replaced by a Stalinist decor in the late 1940s and early 1950s. The external look of the station has remained relatively intact, if one does not count the upper floor that was added to the side wings in the Soviet period. Today, only some Art Nouveau elements can be seen, such as the metalwork at the main entrance and some stucco ornaments on the platform wall. 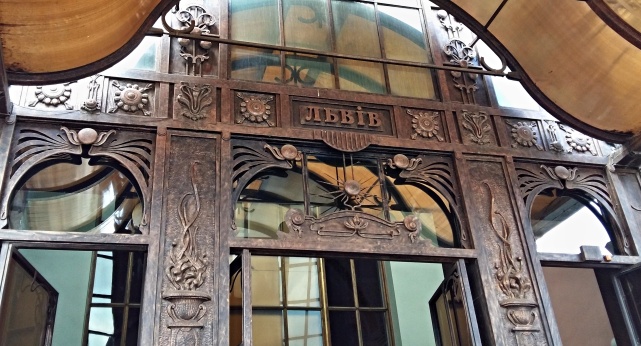 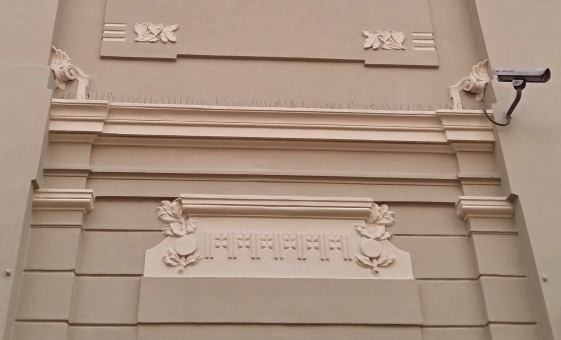 The floral decoration of this façade shows the influence of both Baroque Revival and Art Nouveau. 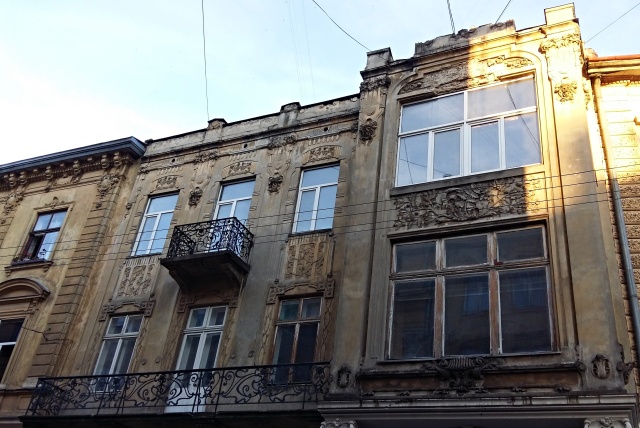 This building was owned and designed by Stanisław Dec. Its most remarkable feature is the first-floor balcony. 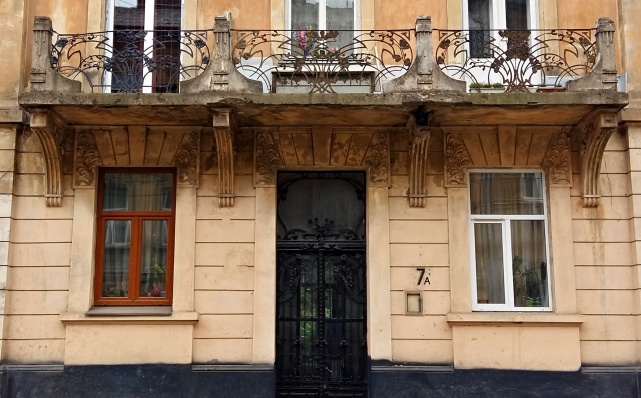 This façade is adorned with floral ornaments and wreaths. 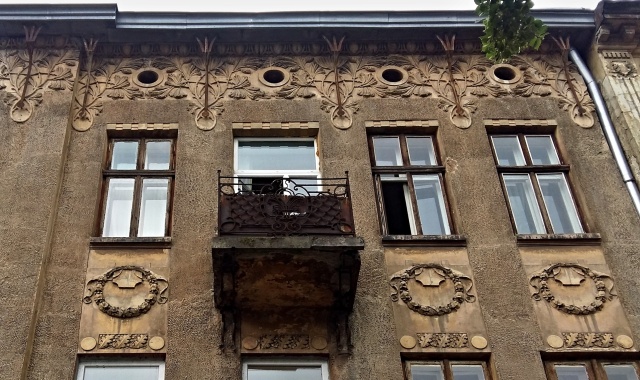 This façade is rich in floral ornaments, which include chestnuts and acorns. The entrance is among the most attractive in the neighbourhood. 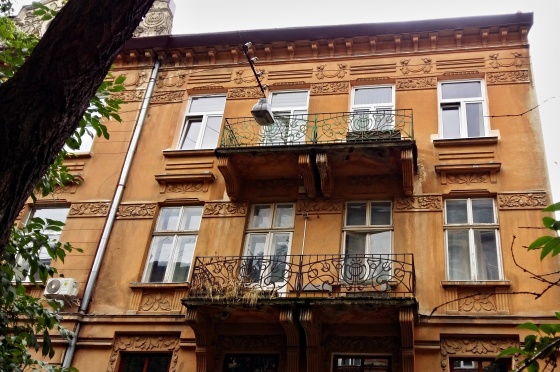 Secessionist buildings like this one could be found in all cities of Central Europe. 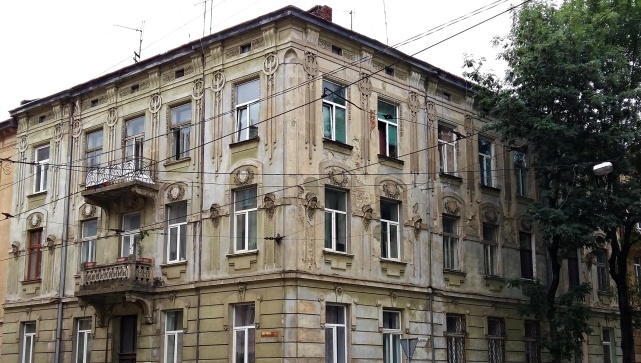 This building, designed by the architect of the main railway station of Lviv, is notable for the Art Nouveau metal elements on the façade. 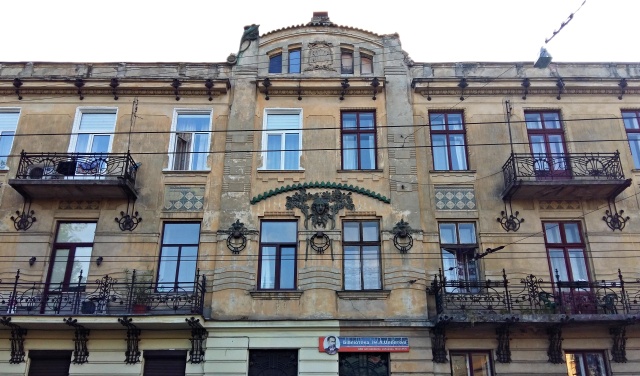 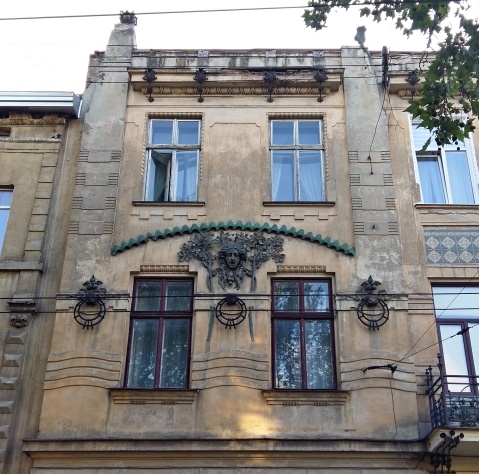 This is one of my favourite structures in Lviv from the Belle Époque. It reminds me of the best Secessionist buildings in Vienna, while subtly foreshadowing the Modernist styles to come.

The most outstanding features of this building are the tower-like corner protrusion, the curved outline of the attics, and the reliefs between the first-floor windows. 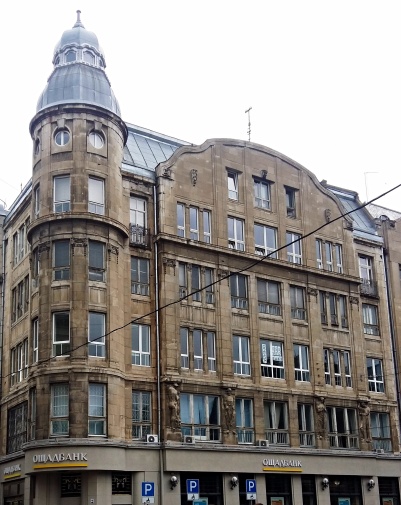 This imposing corner building was designed by Matěj Blecha, a well-known Czech architect who authored many notable structures in Prague from the 1890s to the 1910s. Its dominant feature is the rounded corner crowned by a high dome. The building has a strong vertical accent, foreshadowing Art Deco. It forms a pair with the building of the Galician Savings Bank, located right across the street. 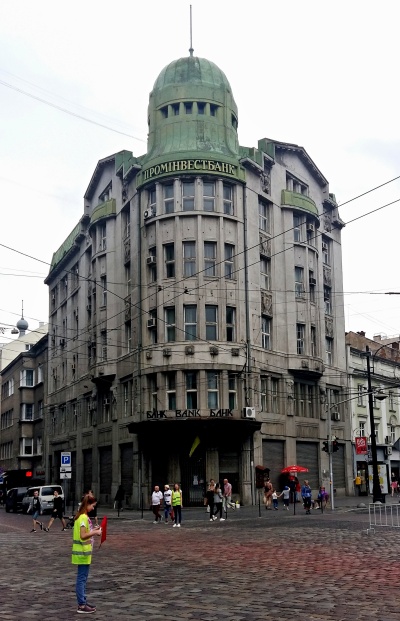