Below I will introduce some other buildings in Lviv that were designed by Tadeusz Obmiński or have been attributed to him.

This building is a good example of the early phase of Secessionist architecture in Lviv. 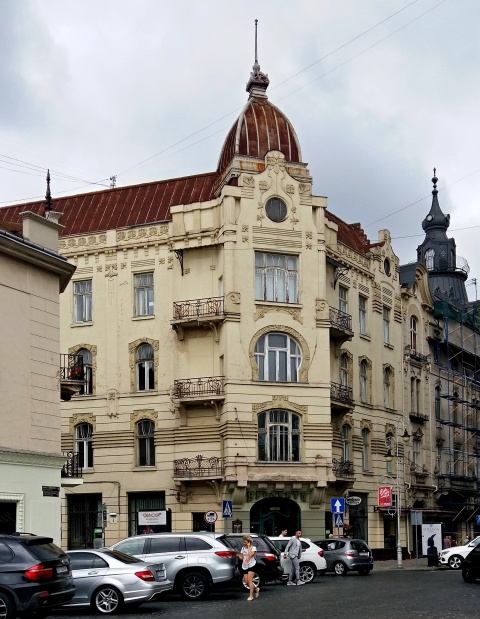 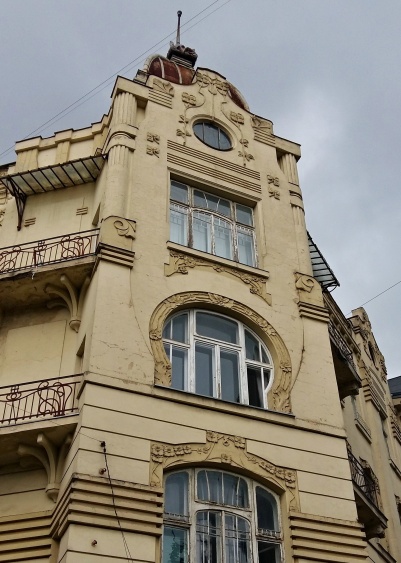 This building has an elegant façade with an Art Nouveau frieze, window decorations and balconies. 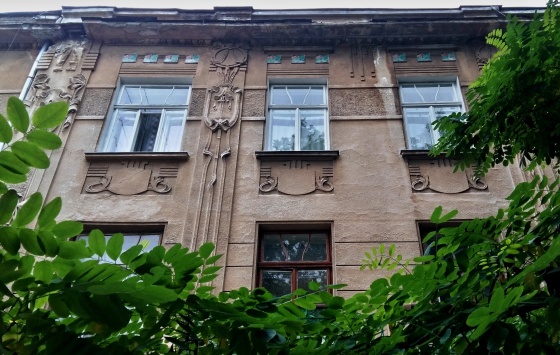 This is probably the most attractive of the Secessionist façades on Pavlova Street. It is adorned with mascarons and floral ornaments and has beautiful balcony railings.

This façade is adorned with some attractive ceramic tiles and moulded decorations with floral motifs.

This building was owned by architect Adolf Piller, who may have also participated in its design. There are some floral motifs in stucco and on ceramic tiles on its façade.

This building has very attractive façade ornaments. The entrance, flanked by sunflowers, is probably the most beautiful in all Lviv.

This building was originally used for both commercial and residential purposes. Its façade decoration is restrained.

This structure, probably designed by Tadeusz Obmiński, belonged to the members of the Elster family, who owned several other buildings in the area. 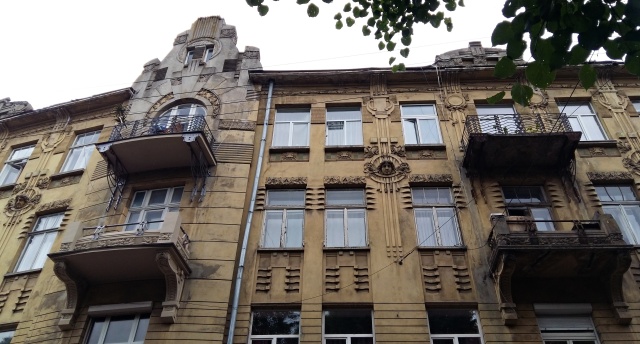 This apartment building is one of the best examples of monumental Art Nouveau in Lviv. It was the property of the Hausmann family, who owned many other notable structures nearby, such as the Grand Hotel and the Hausmann Passage. The building housed the Sanssouci Coffee House. 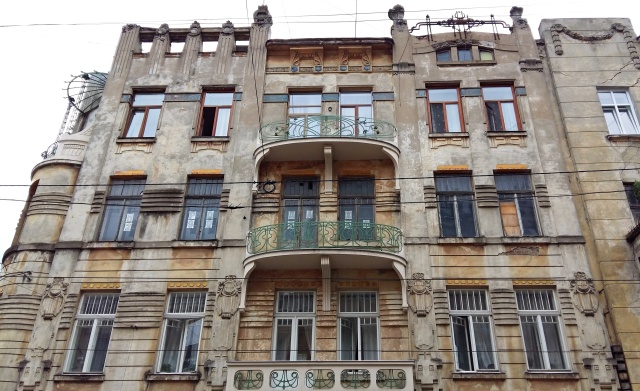