This building was a factory that produced weighing scales. The panels depict the craft. 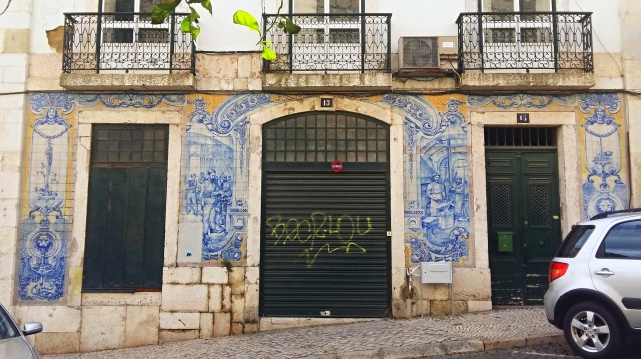 The tiles on the façade of this massive building have patterns of small squares, reminiscent of a school notebook.

The tiles of this building, located very close to the Church of Saint Roch, are from the Viúva Lamego Ceramics Factory.

17. Building at the corner of Largo do Intendente Pina Manique and Travessa do Cidadão João Gonçalves

The roof of this corner house looks Gothic.

The design of some tiles in Lisbon reminds me of the back side of playing cards.

19. Building at the corner of Largo dos Lóios and Rua Bartolomeu de Gusmão

Such combinations of geometric and floral elements are very attractive.

I love it how flat this façade looks.

The blue tiles look so small that it is difficult to say from afar if they are even azulejos. This is my favourite non-figurative azulejo façade in Lisbon.

Note the figurative tiles between the consoles supporting the balconies.

This station is remarkable for its Art Déco decoration.

The Santa Luzia view point exhibits two large tile panels from the modern period. One depicts Praça do Comércio before the 1755 earthquake, the other the Christian attack on the São Jorge Castle in 1147. They were designed by António Quaresma and manufactured in the Viúva Lamego Factory. 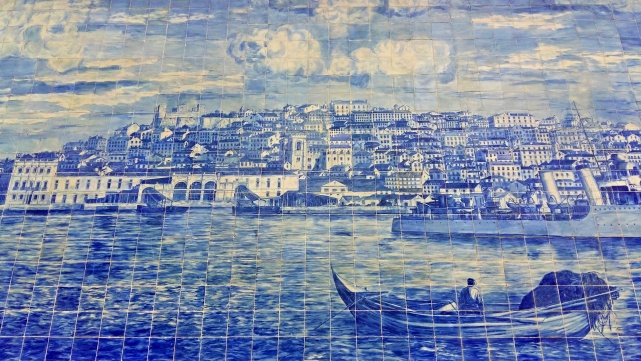 The following photos are of the collection of the National Azulejo Museum. 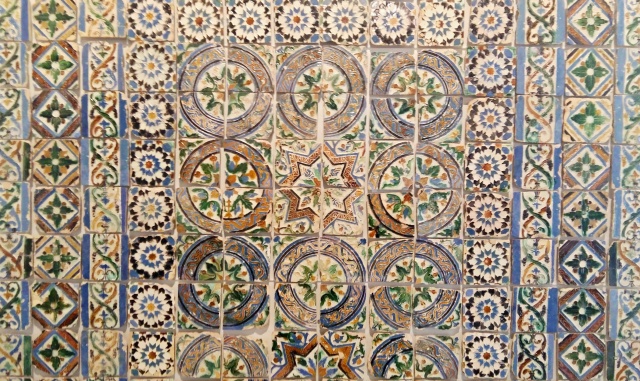 An Art Nouveau panel by the father of the azulejo art in the last decades of the 19th century (Caldas da Rainha Ceramic Factory, c. 1905) 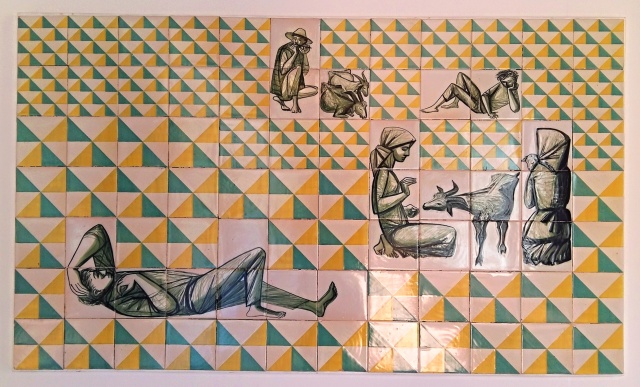