This palace is one of the most beautiful in the entire Bay of Kotor. It was designed by a Venetian architect and was supposedly built of the stones from the destroyed walls of the city of Herceg Novi, which had been taken from the Ottomans in 1687. Three stone slabs on the façades mention the year 1694 as the beginning of the construction works.

The building has three floors. On the ground floor on the side facing the sea is a monumental porch with five rusticated arches on the front. Above the central arch is the coat of arms of the Stojšić kazada (clan), into which the Bujović family belonged, showing two lions holding a chair. Above the porch is a terrace with a balustrade. The building also has several large double portals with round arches through which balconies can be accessed. Just like elsewhere in the Bay area, the palace combines the architectural language of the Renaissance with Baroque details. 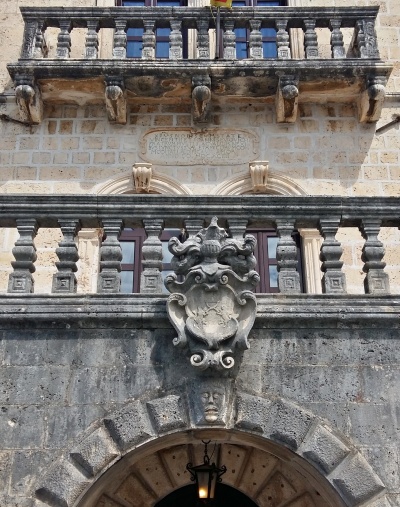 Next to the Church of Saint Mark
1764

The Smecchia Palace is the largest in Perast. Its construction started in 1764, but parts of the structure as we see it today were only completed in the 1930s. Just like the Tripković Palace in Dobrota it is made entirely of Korčula stone. At the entrance to the palace is the coat of arms of the Čizmaj kazada, into which the Smecchia family belonged, showing a hand holding a jujube stalk.

Southeastern part of the coastal road
First half of 18th century

The residence of the Kolović family, who were part of the Vukasović kazada, is, like many others in Perast, located right on the coast of the Bay. Its most notable feature is the Baroque balcony.

This is a typical Baroque palace with the emphasized middle vertical. The latter is formed by the portal, the first-floor balcony, the marble relief depicting the Annunciation above it, the belvedere with volutes protruding from the roof, and a small stone sphere above the roof pediment. On the ground floor there are two oval windows. Above the portal is the coat of arms of the Silopi kazada, to which the Bronza family belonged. It depicts a bird on a tree located on top of a hill. 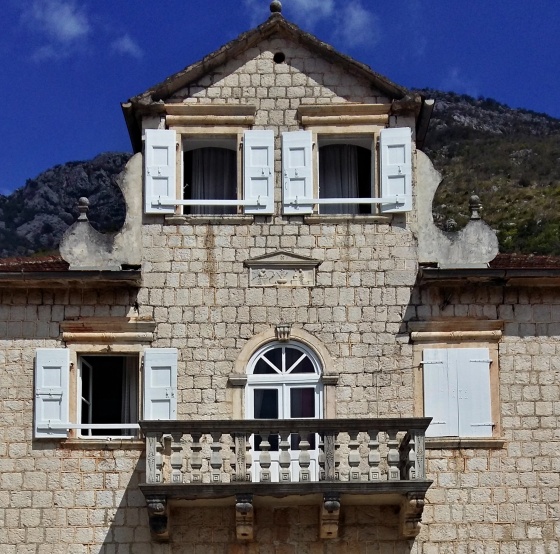