A quiet sand beach near the Petsofas hill with a Minoan peak sanctuary, the ruins of the Minoan town of Rousolakkos, and the flat Kastris hill, where once a Venetian fortress stood; the preferred beach of some middle-aged and elderly people from the Palaikastro area; coves to the southeast that offer more privacy; a wetland used by migratory birds nearby 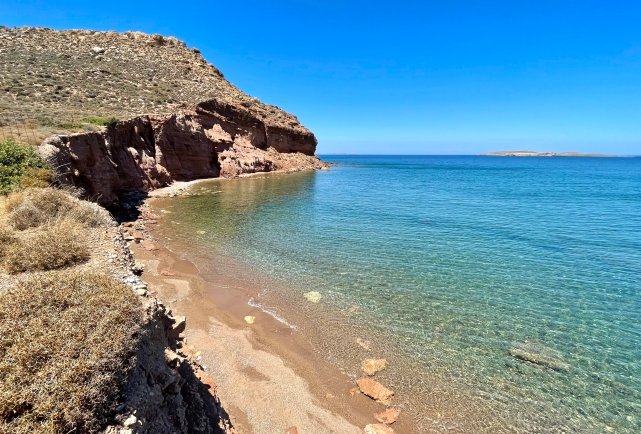 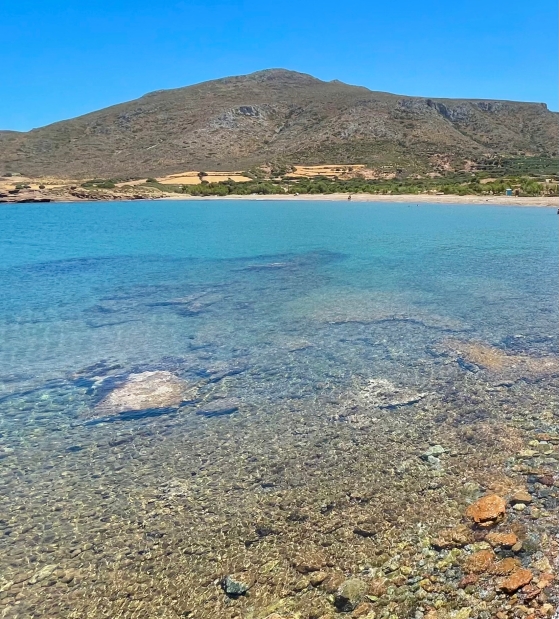 A long wide sand beach that hardly ever gets too crowded; the more quiet southeastern end dominated by the dramatic shape of the northernmost cliffs of the Kastris hill, with some slippery stones in the low water; one section popular with windsurfers; one of the most relaxing beaches in Crete

A hidden beach at the end of a rough dirt road in a valley of natural importance; tamarisk trees, some sand, pebbles and crystal clear water; few people, even at summer weekends; a real hidden gem

The largest surviving grove of the rare Cretan date palm (phoenix theophrasti); a former hippie hangout turned into a popular tourist beach, the most famous in Eastern Crete; clear yellow sand and turquoise water, scenic paths on both ends 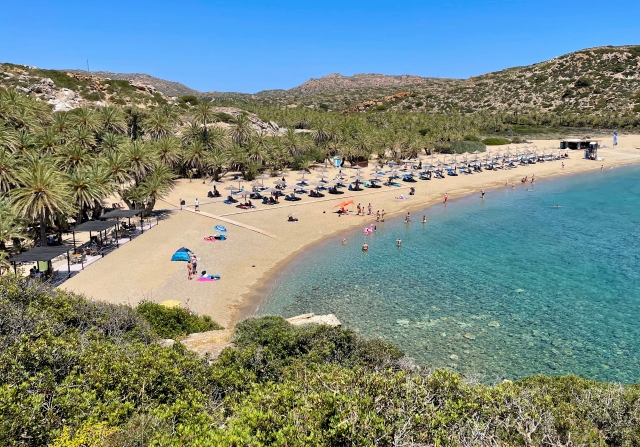 A quiet sand beach south of the archaeological site of Itanos, with ruins from the Hellenistic, Roman, Byzantine and Venetian eras; some palm trees and low vegetation; away from the hustle and bustle of the Vai beach and the parking lot

North of the Itanos beach, on the other side of the archaeological site

Beautiful beaches overlooked by most daytrippers to the nearby Vai beach; fine sand and water so clear that a swimmer can see the seabed far away from the coast; some shelter offered by rocks; cool atmosphere 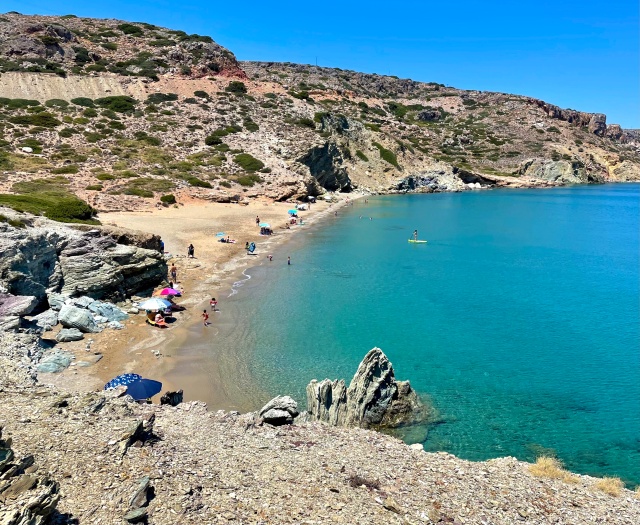 A place that feels like the end of the world, away from big settlements and hard to access, but of breathtaking beauty; ruins of a Minoan palace and a gorge with Minoan cave burials known as the Valley of the Dead; sand and pebble beach, some slippery rocks with sea urchins in the low water 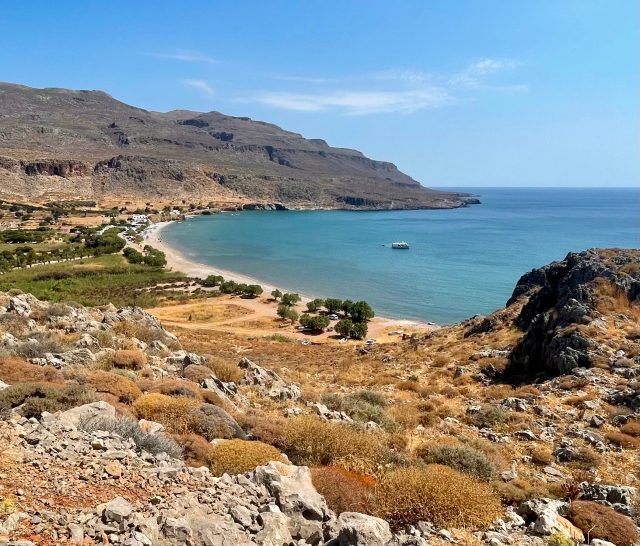 A scenic freshwater lake surrounded by mountains; some tourism on the east side and deep green water with rich biodiversity on the west side; rare diamondback terrapins, water snakes, eels and various species of birds 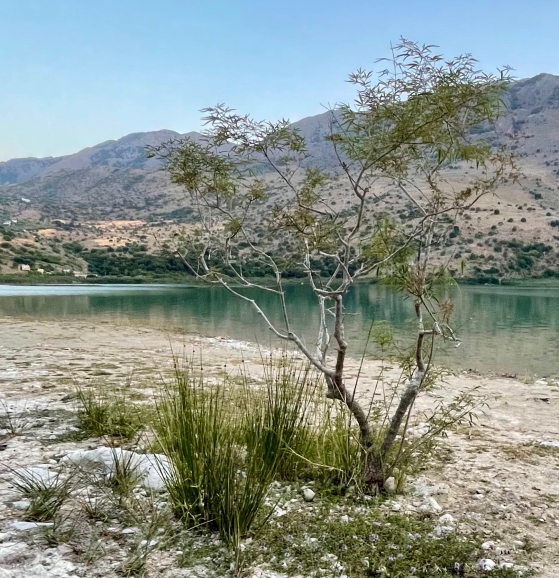 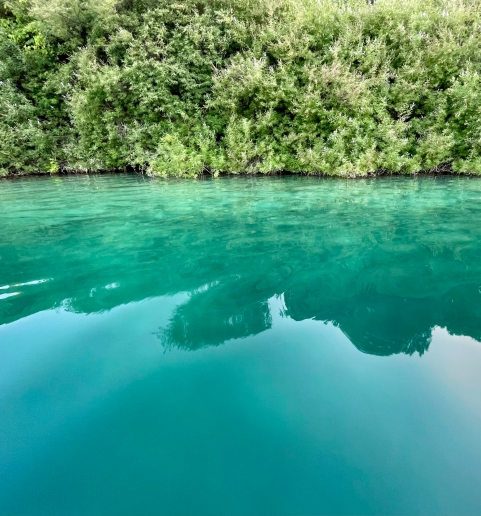