This bridge, located close to the Shipping House, has nothing of the dynamism of the latter. Its most distinguishable features are the low triangular water passages. The bridge crosses the wide Waalseiland Canal, but looks shorter than that, as its main volume starts several meters away from the banks. This impression is also emphasised by the four wrought-iron lampposts further off the banks. The lampposts are decorated with sea horses. These were possibly designed by Piet Kramer.

The Kramerbrug crosses the Amstel Canal at its junction with the Amstel in Amsterdam South. It is named after Piet Kramer, its architect, who designed hundreds of bridges in the city. Its most notable features are the two hexagonal kiosks on the either side of the canal. These show beautiful masonry of serrated triangles (cf. the Mausoleum of Sheikh Zafir in Istanbul), horizontal slit windows typical of the Amsterdam School, and a beautiful corncob-like roof decoration. One of kiosks was used by the Department of Public Works, the other by the Municipal Energy Company. There are sea motifs in the wrought-iron fence and the sculptures (designed by Hildo Krop).

This bridge, located near the American Hotel, is among the most beautiful in Amsterdam. It stands out for its lavish sculptural decoration, created by Johan Polet. The allegorical composition is made up of stylised forms depicting sea creatures or, according to some, lions and hippos. Outstanding, too, are large egg-shaped statues at the ends. These are flanked by seats, the first ones integrated in the design of a bridge in Amsterdam. The wrought-iron elements of the bridge are diverse and dynamic.

This elegant bridge forms an architectural unit with the Amsterdams Lyceum. Its made of bricks and stone and has beautiful wrought-iron railings. The latter were originally of a lighter colour, but were later painted dark green, which is the typical colour of the railings of Amsterdam bridges.

The most outstanding part of the bridge is its sculptural decoration (author Hildo Krop). On the side of the lyceum there are two high pillars with sculptures, one showing a mother with her daughter, the other depicting a father with his son. On the other side of the canal, there are lower sculptures showing the daughter and the son as young adults. They are placed diagonally in relation to the sculptures on the higher pillar. There is much symbolism in the placement and decorative details of these sculptures. 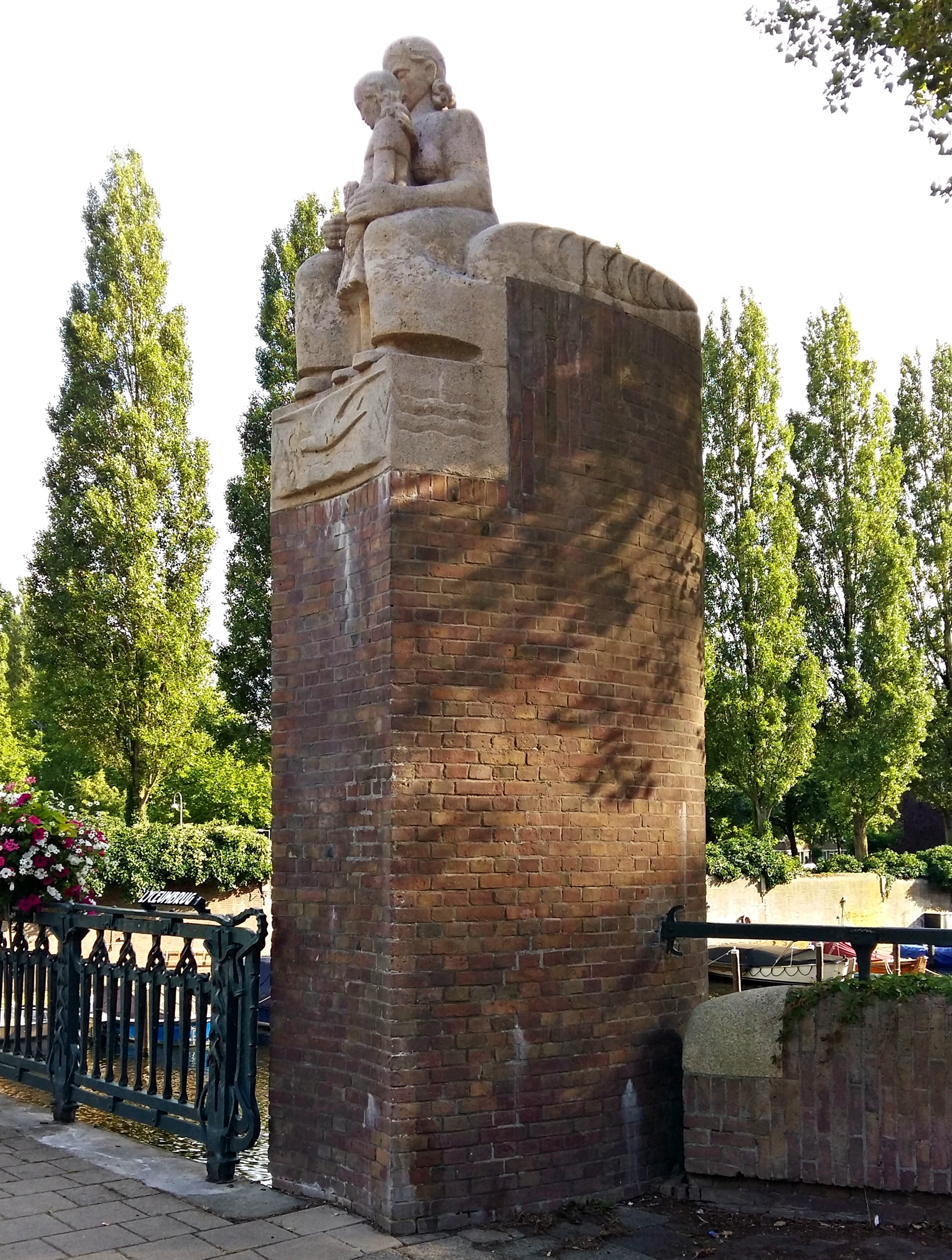 On the southern side of the bridge are two little houses in the style of the Amsterdam School with jetties.

The interior of the cinema is even more exuberant than the exterior.

Mailboxes of the Municipal Giro Service

In 1917, the City of Amsterdam established the Municipal Giro Service to centralise cash transactions. This service allowed cashless payments between the municipality, companies and private individuals. The system relied on a network of offices and mailboxes, where people could deposit their giro forms. The blue mailboxes were located all over the city.

This particular one, in the style of the Amsterdam School, stands at the eastern entrance to the Westerpark, on the way to the Museum Het Schip. It was designed by Pieter Lucas Marnette in 1918. This is not its original location.

Museum Het Schip displays, among other things, various pieces of furniture and decorative objects in the style of the Amsterdam School. 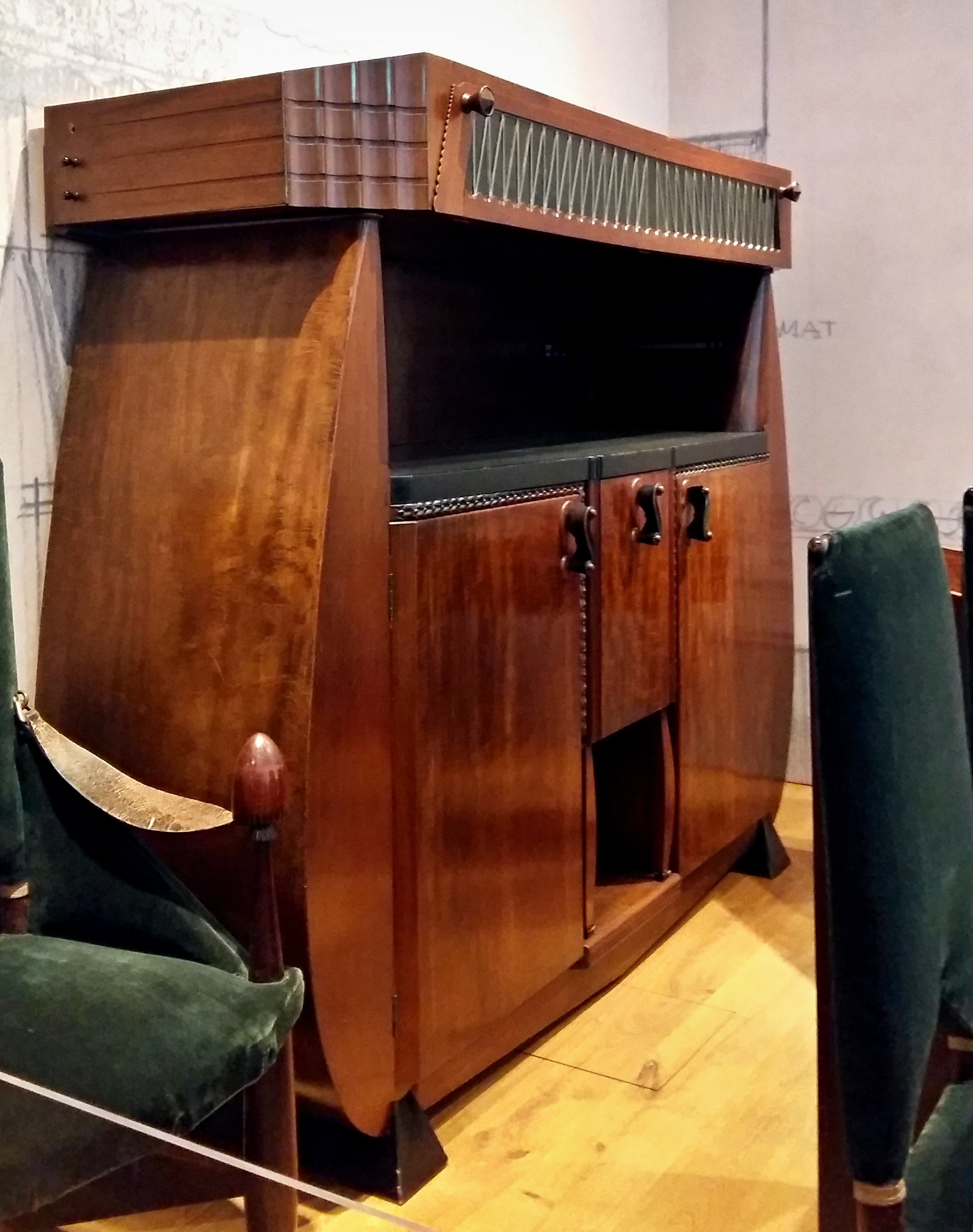 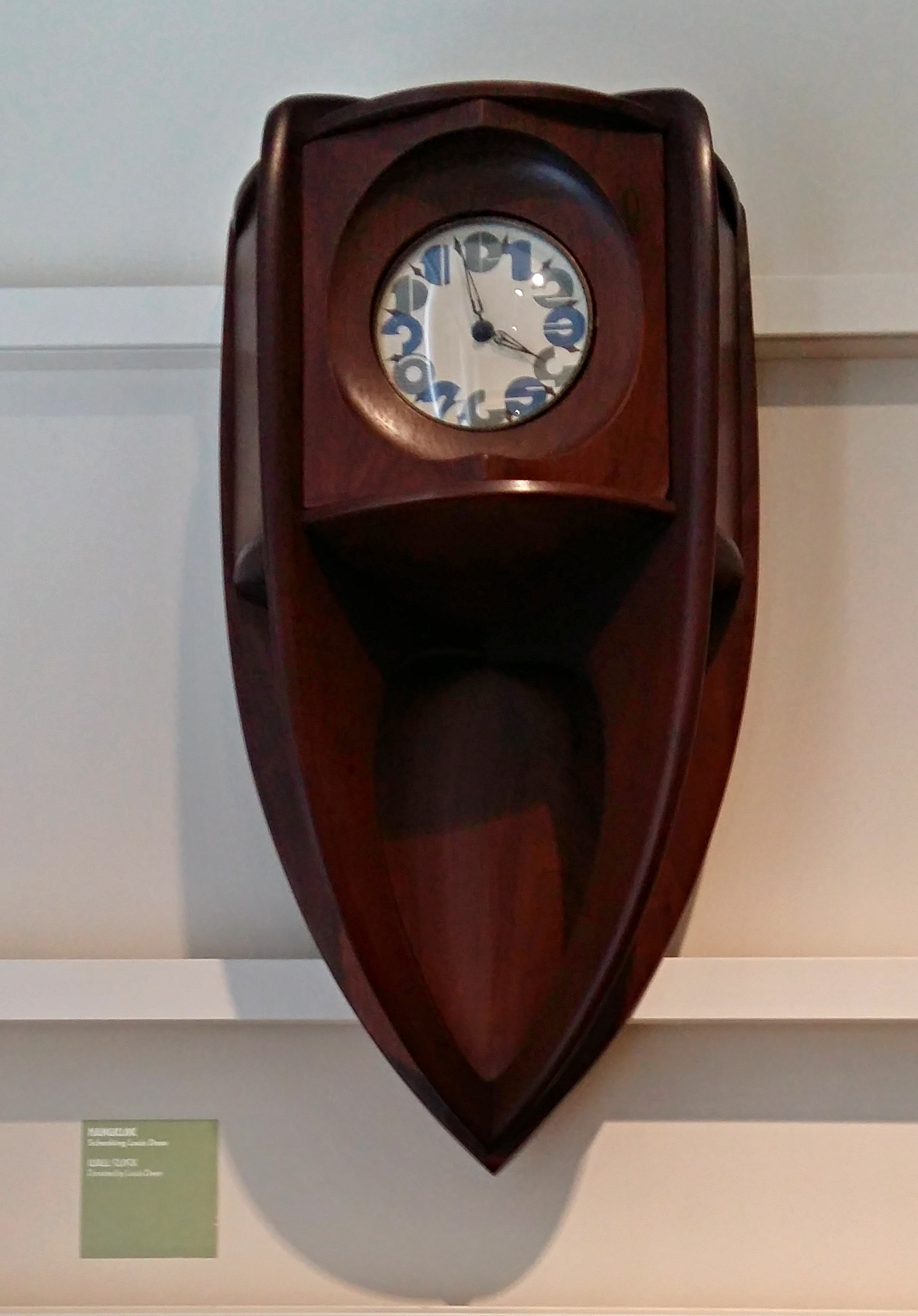