The Kingdom of Sardinia was an associate state of the Crown of Aragon from the 14th to the 18th century. The Aragonese conquest of the island took place between 1324 and 1420. After the union of the crowns of Castile and Aragon, it became a part of the Spanish Empire. It was under the Habsburg rule from 1516 to 1700, its ownership was contested in the early 18th century, and it fell into the hands of the House of Savoy in 1720.

Alghero was conquered by Peter IV in the mid-14th century. Its native population was expelled and replaced by families from Aragon, Catalonia, Valencia and Majorca. The settlers were granted numerous privileges and were allowed to reshape the town according to their needs and taste. In the 15th and 16th centuries, it was a prosperous town under the Catalan cultural influence.

In architecture, this period is best represented by buildings designed in Catalan Gothic style. These include the two most important churches of the town as well as the palaces of the local noble families and merchants. Most of these buildings were heavily modified in the subsequent centuries and the Gothic elements survive only in a fragmentary form.

You will find the locations of the mentioned sites on the map below.

1. Church and Convent of Saint Francis

The first Franciscan convent in Alghero was founded in the 14th century. In the second half of the 15th century it was rebuilt in Catalan Gothic style. From this period survive the presbytery with the adjacent chapels and the lower level of the cloister. These make the complex of Saint Francis one of the best examples of Catalan Gothic architecture in Sardinia. 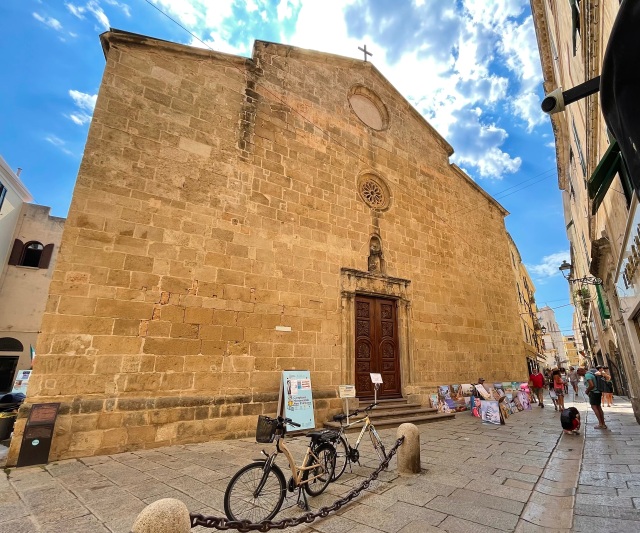 The presbytery is covered by a complex rib vault.

To the right of the presbytery is a chapel with one of the most attractive Gothic entrances in Alghero, showing a complex polycentered arch with a cusped extrados decorated with flowers. The arch springs from capitals with human and animal figures. The vault of the chapel is similar to that of the presbytery. 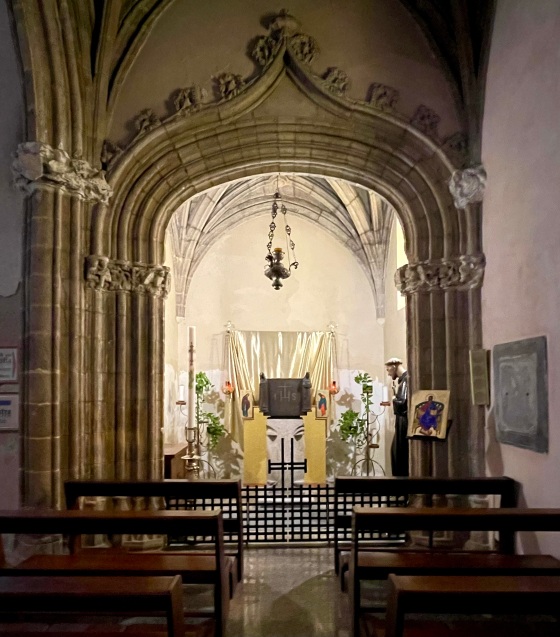 To the left of the presbytery are less extravagant chapels. Some attractive capitals with plant motifs can be seen here. 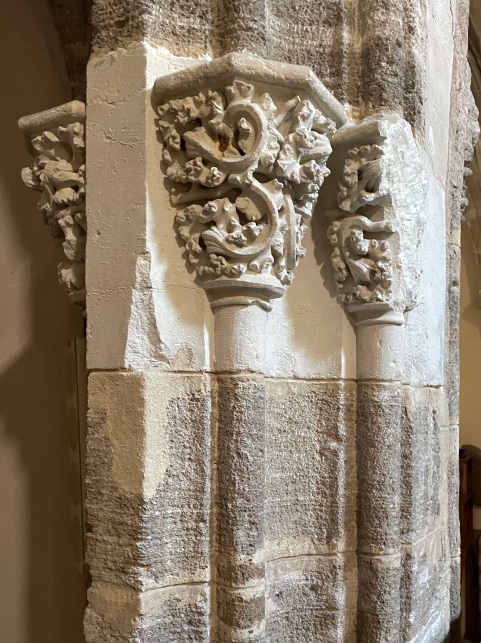 Higher up are arches with helical intrados, reminiscent of the Llotja de la Seda in Valencia.

In the cloister, pillars with geometric and phytomorphic capitals support round arches. 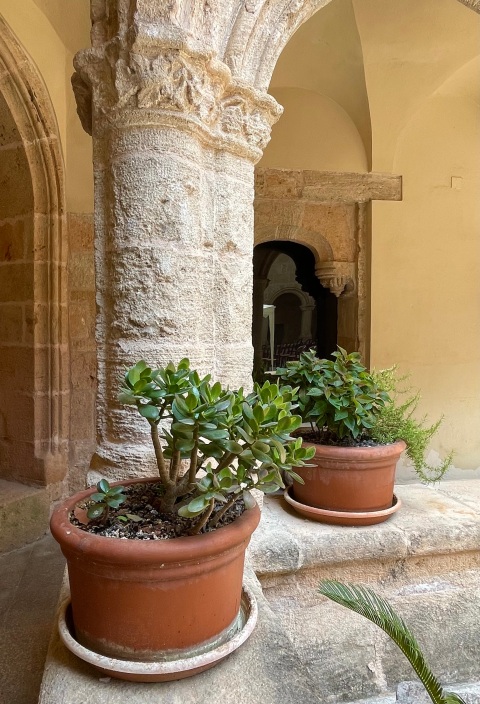 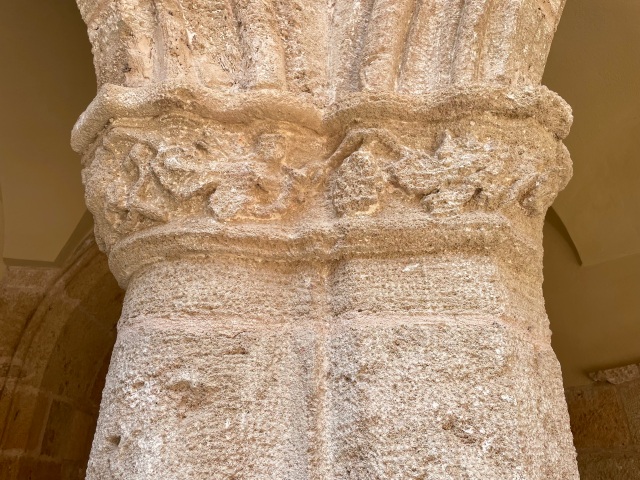 From the cloister we can access the base of the bell tower. Here is a small chapel with elaborate capitals and an attractive rib vault with a terracotta keystone depicting Saint Francis. 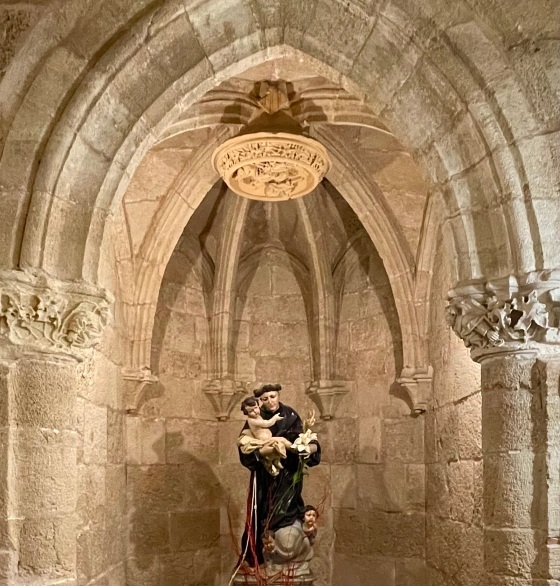 The church suffered damage in 1593 and a big part of it was reconstructed in Renaissance style in the following years. The bell tower, in Catalan Gothic style, is from 1632. Of the later additions, the 18th-century high altar by Giovanni Battista Franco should be mentioned.

2. Cathedral of Saint Mary the Immaculate

The construction works of the Cathedral of Alghero started in the 1530s. Its oldest surviving parts are from the mid-16th century and represent the Catalan Gothic style. These include, first and foremost, the octagonal bell tower and the beautiful portal with turrets and flowers on its base. 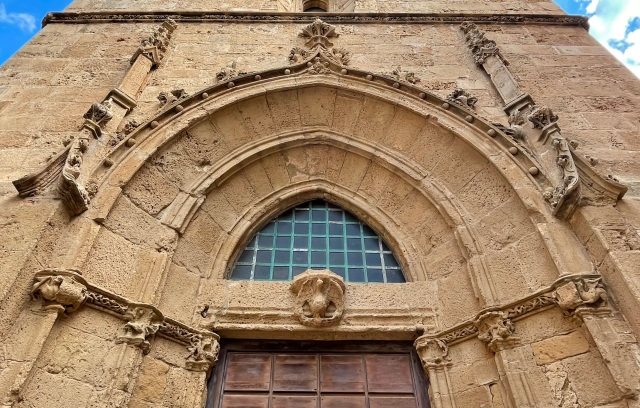 The chapels of the ambulatory are also in the Catalan Gothic style. 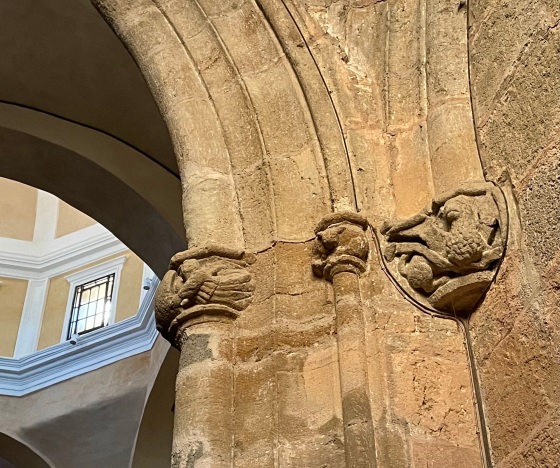 The nave, the aisles, and the transept were designed in Late Renaissance style. In 1593, when the cathedral was consecrated, it was still incomplete. The transept was covered and the dome over the presbytery was built in the 17th century. Most of the marble decoration is from the 18th century. The Neoclassical narthex was added in 1862.